For pretty much anything else.
Post Reply
11 posts • Page 1 of 1

Drevin November 11th, 2017, 5:36 pm
Flock off
I've been going through my old files finally and I've discovered some treasures!

I can't remember exactly why Ray came to Victoria (I think he was in the area for some reason - I'm sure he can fill in the blanks here), but he was here for a day and we made the most out of it. 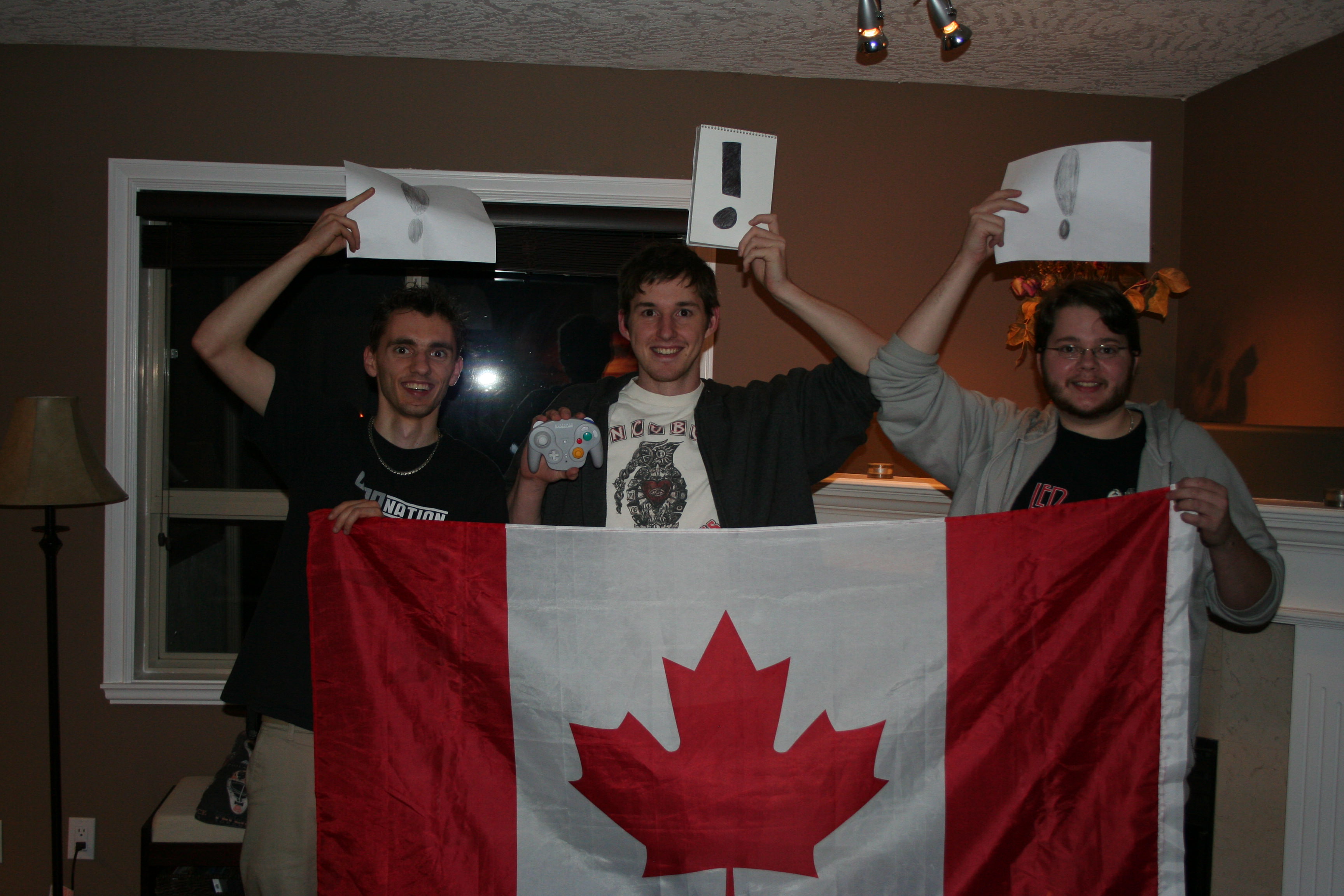 I know we shared this one way back when, but as for the rest... well strap yourselves in for some good fun: 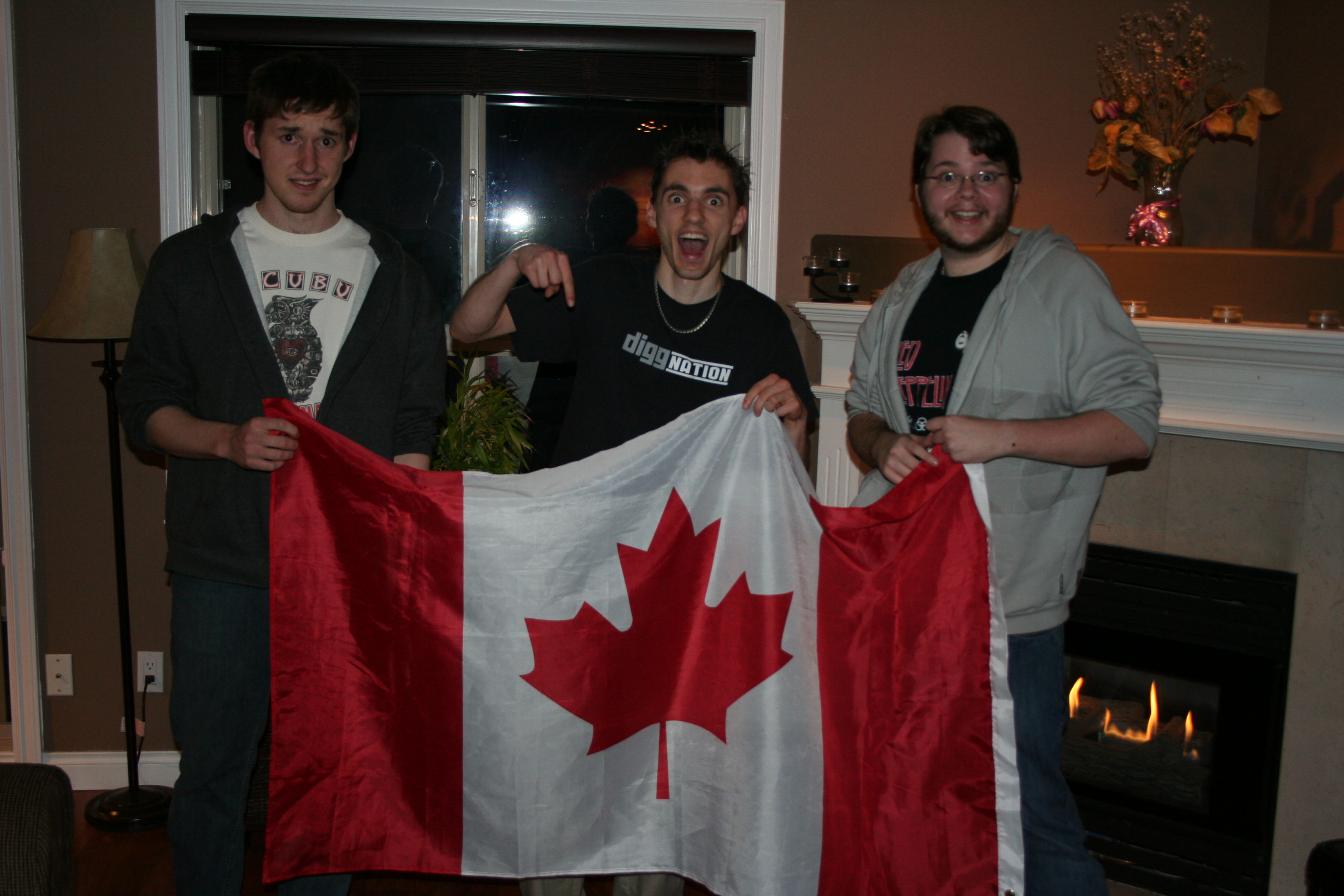 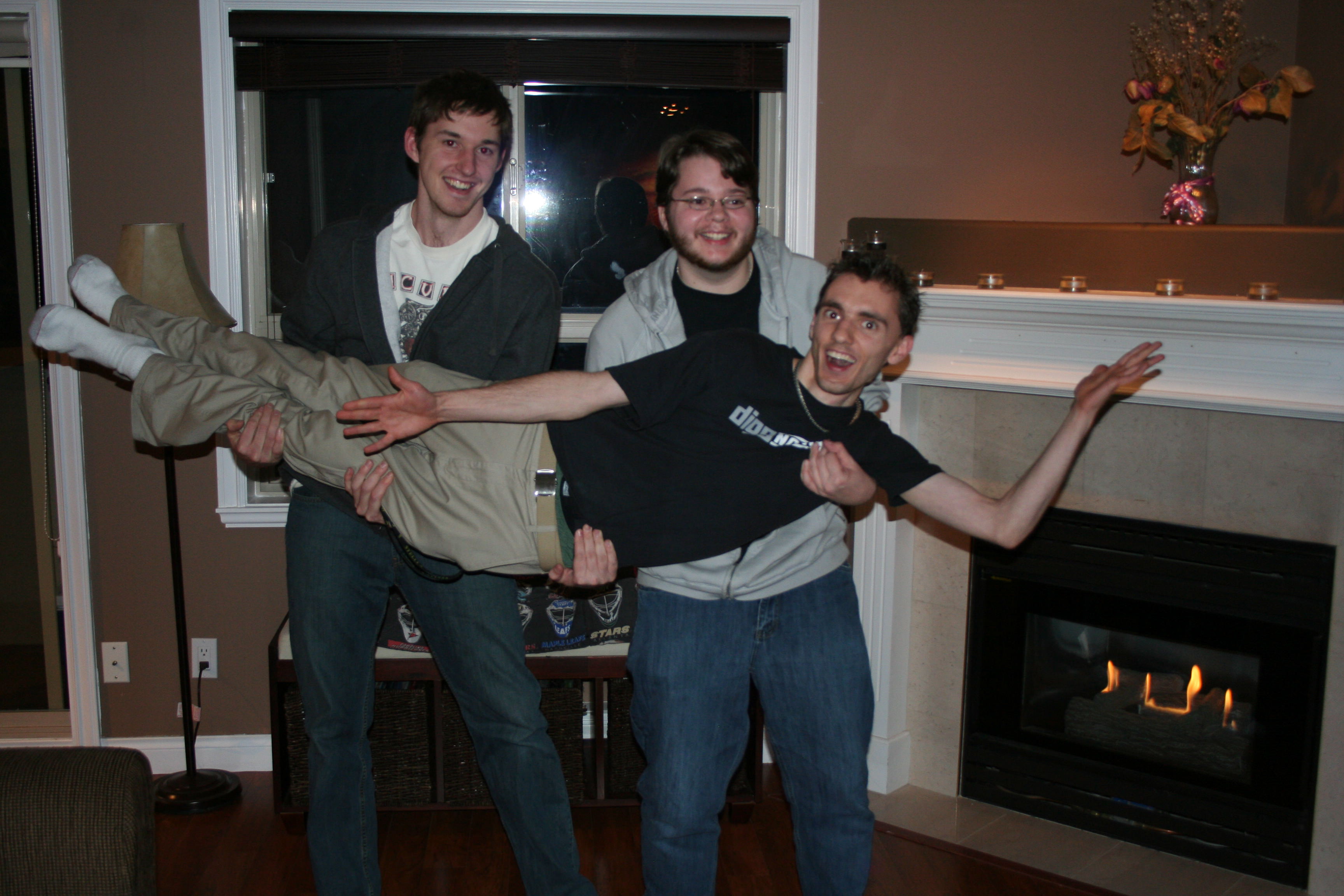 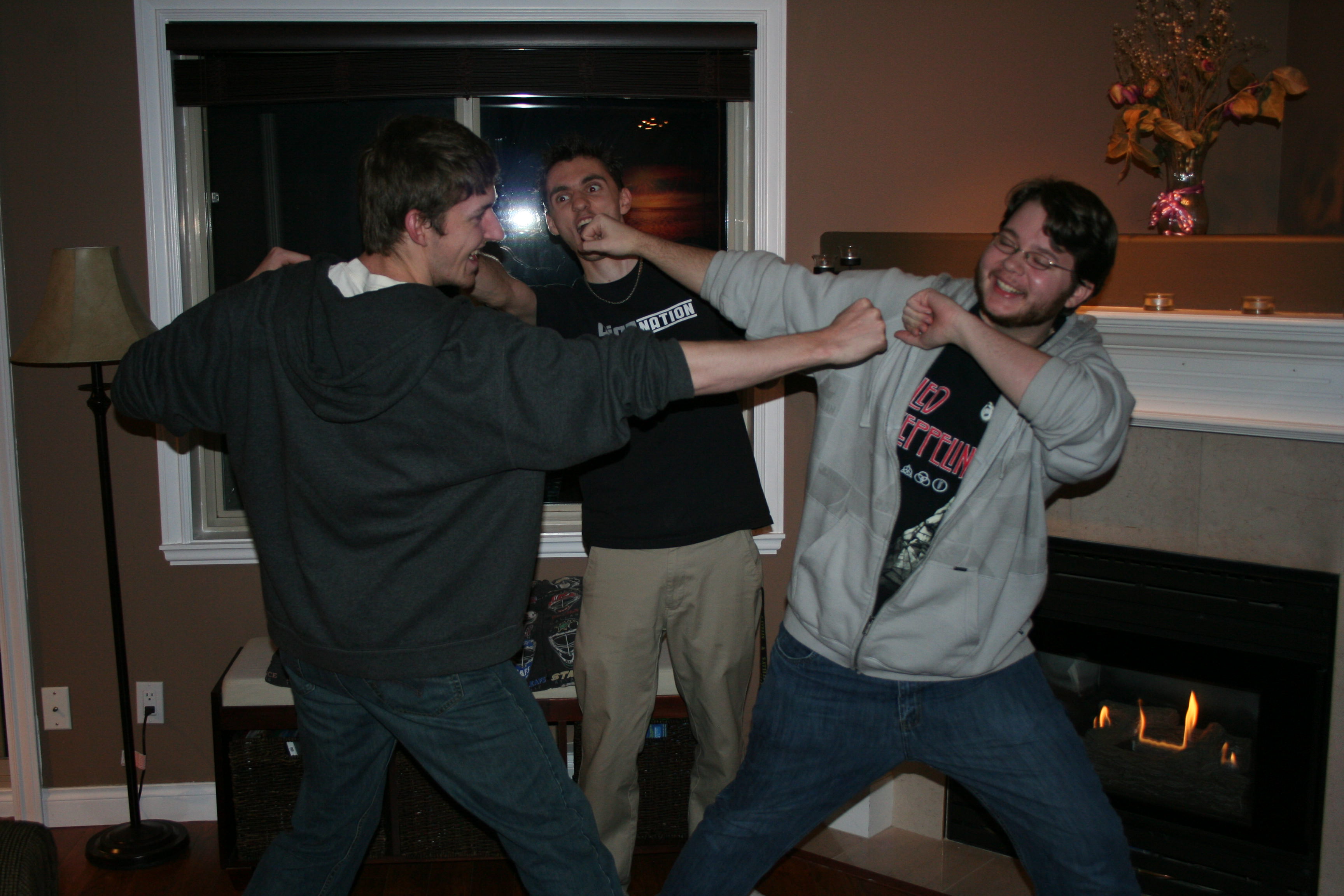 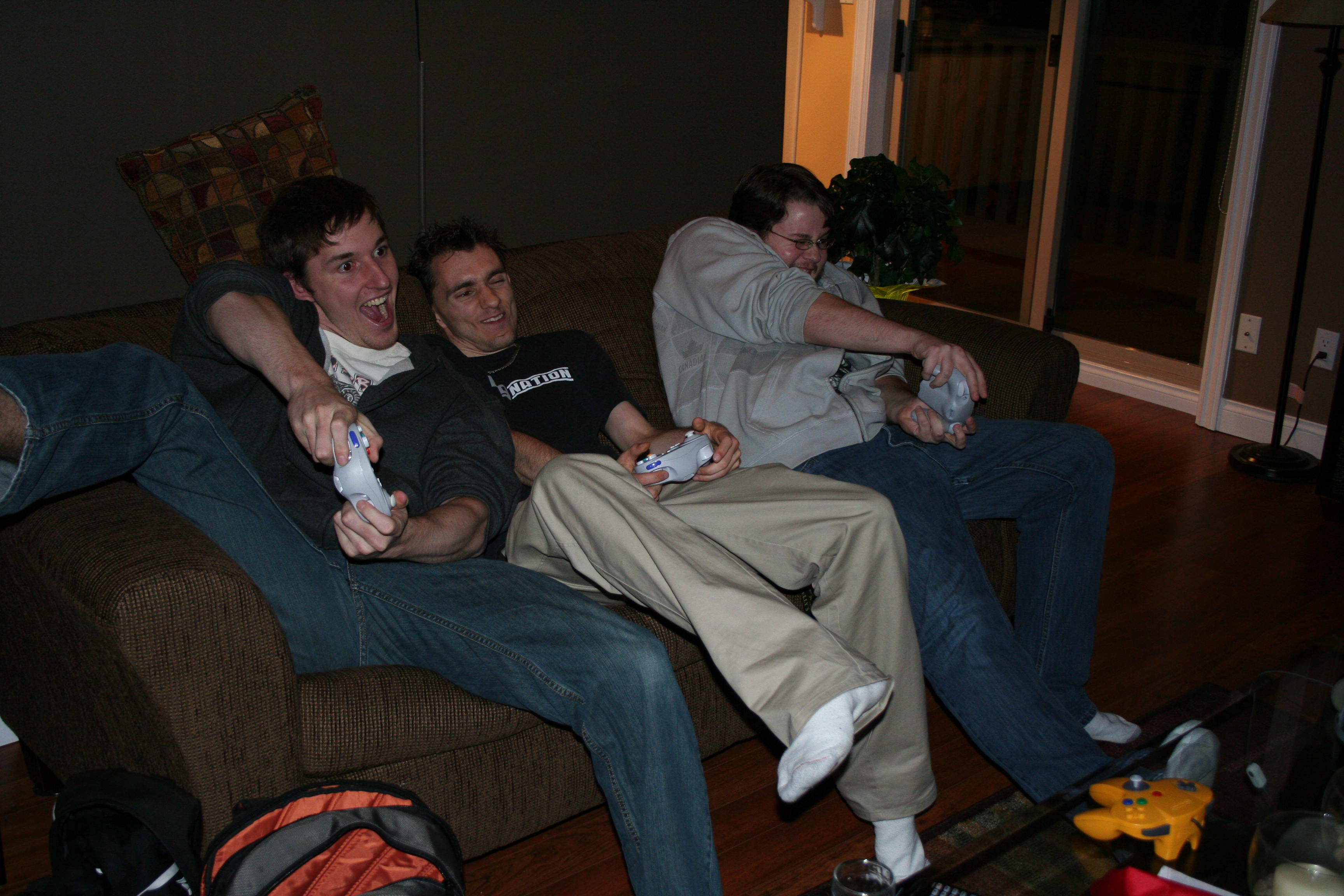 I don't remember the story for these, but probably just us being the goofs we are. 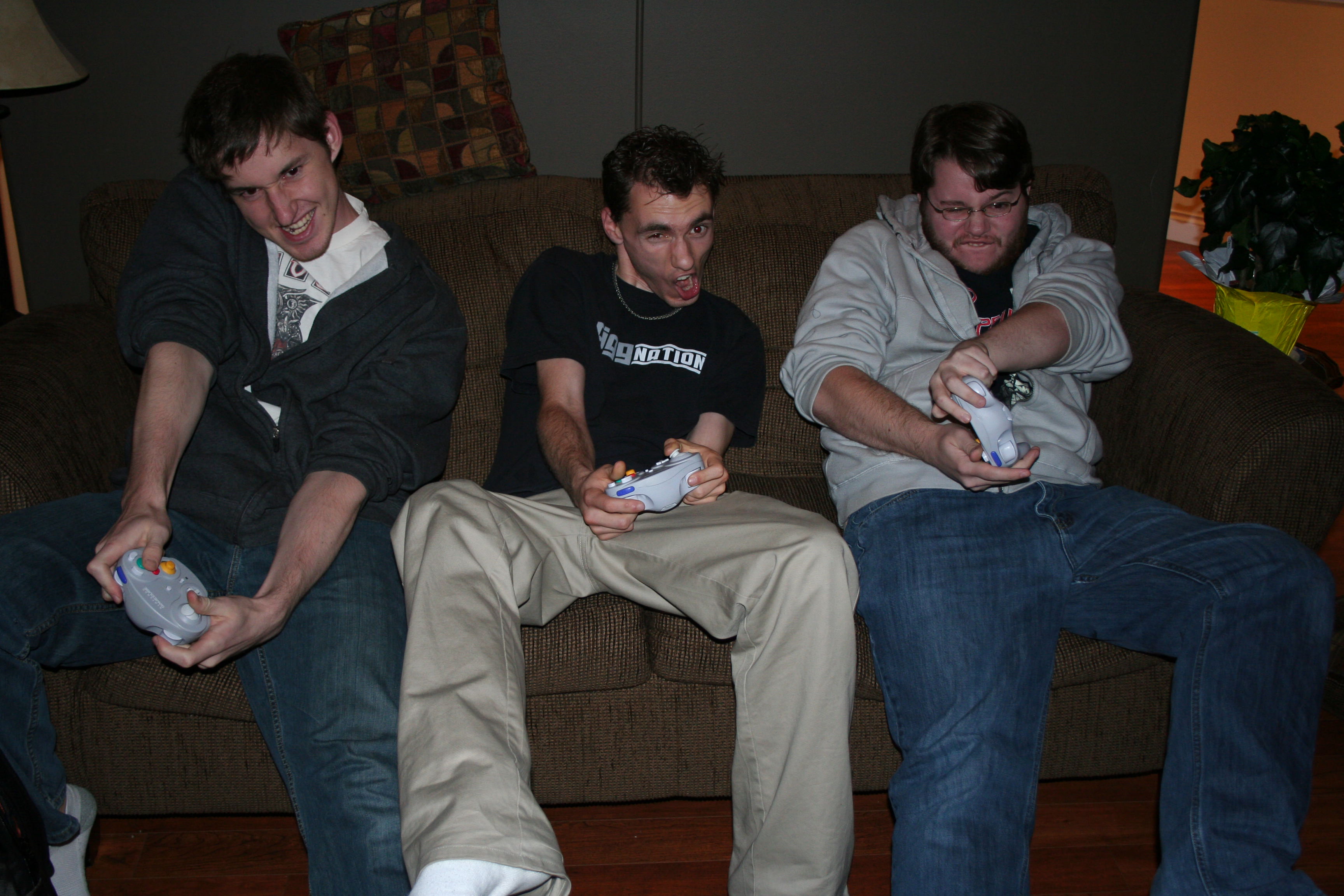 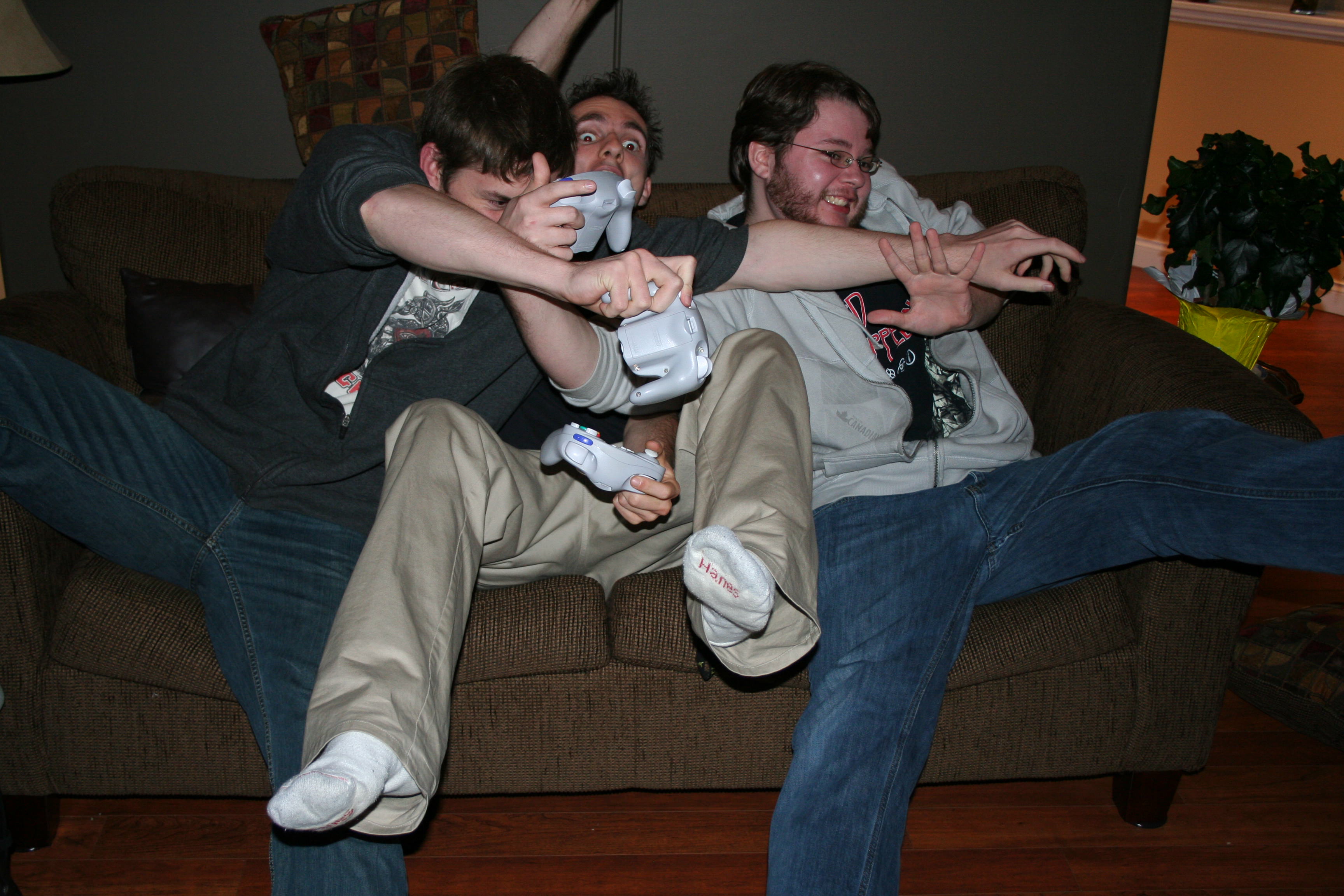 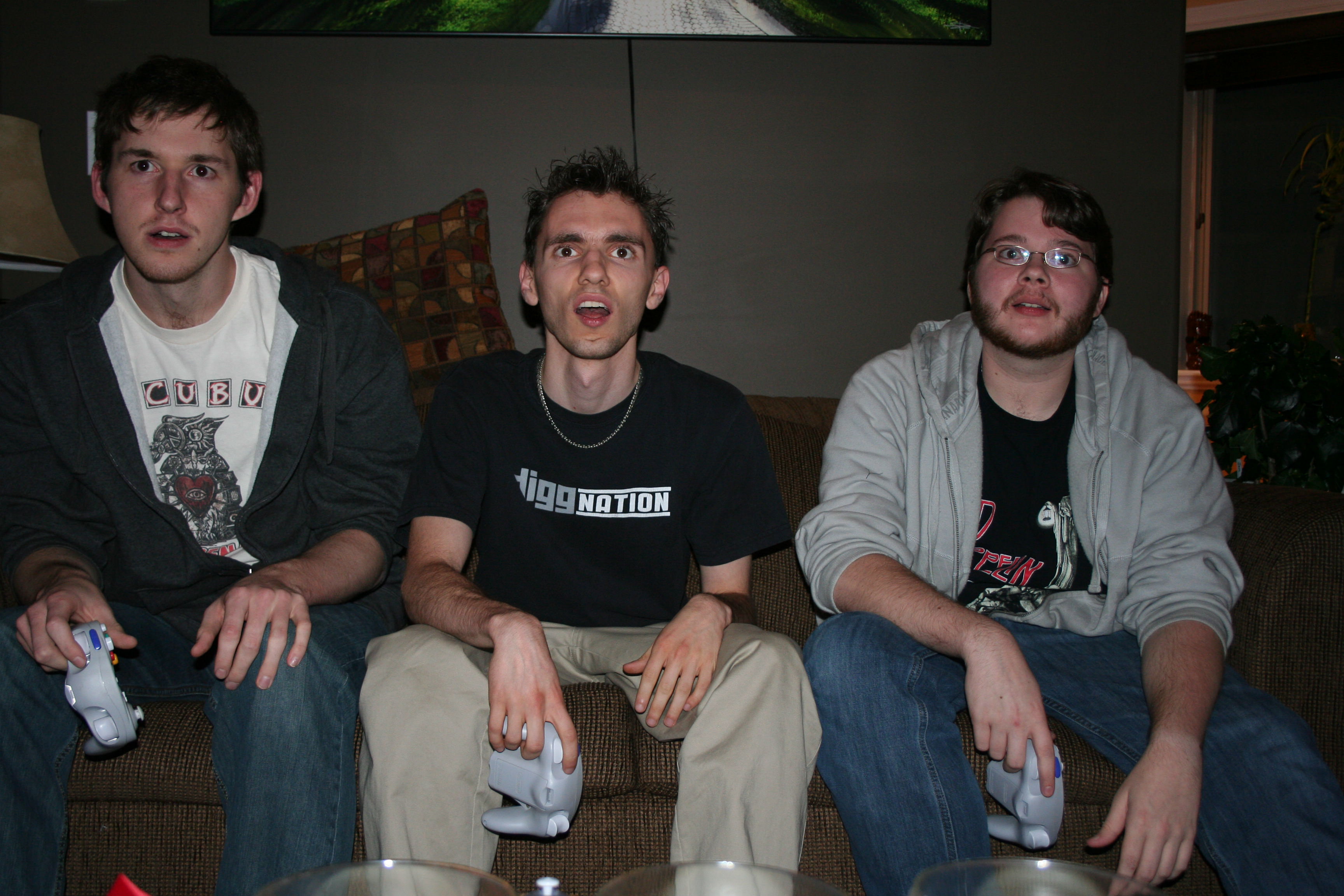 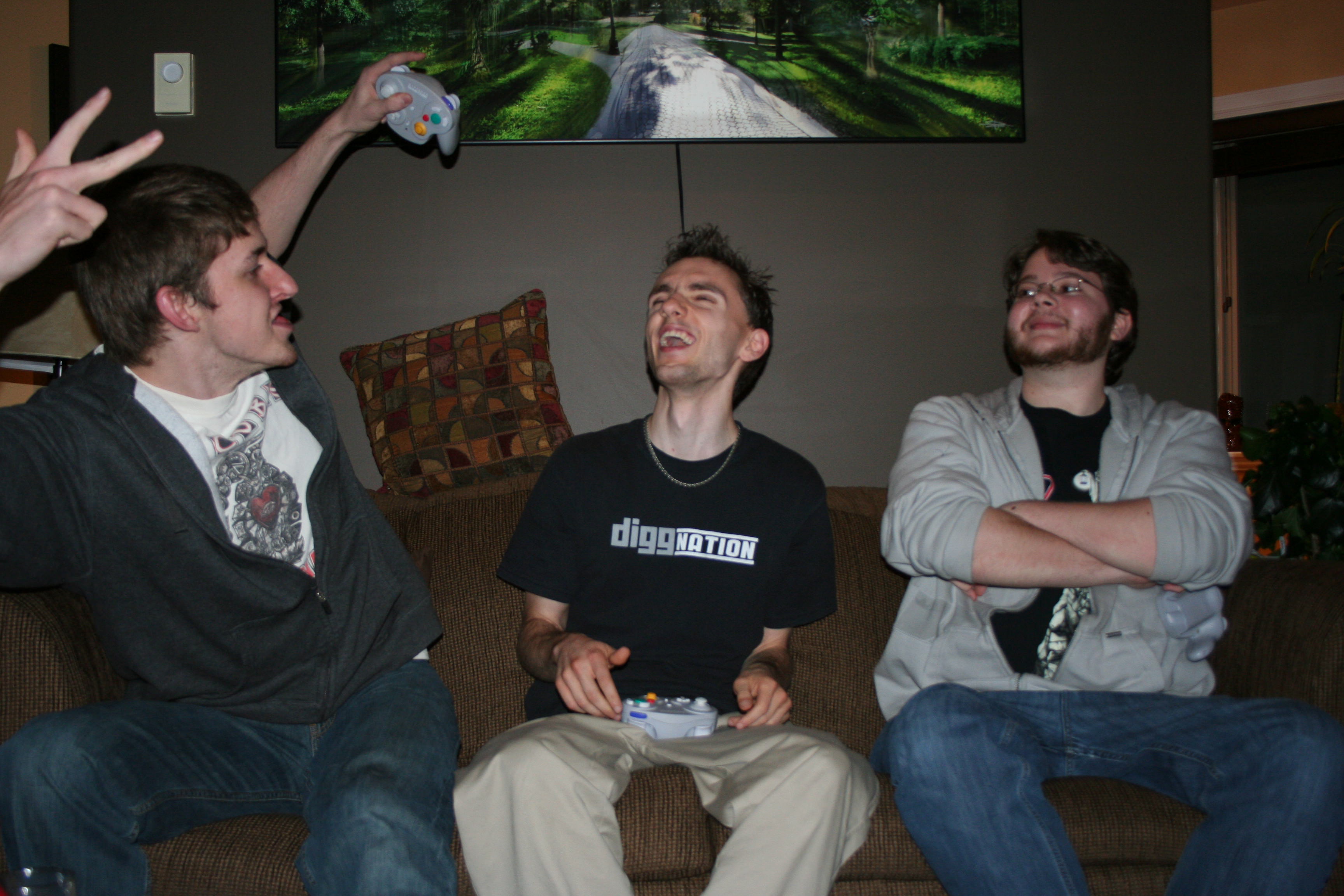 Here we were "playing" Smash Bros. Melee if I remember right...

my employer at the time flew me out for something. a trade show i think? i was on the local marketing team representing corporate.

what a great time!

To date, this is the best and most memorable promise anyone has ever made and kept to me.

For anyone who doesn't know, the previous year, Ray, having never met me and living on the other side of the continent, asked me if I'd wake up early and head down to Best Buy for the release of the PSP with Metal Gear Solid bundle. It was to be sold at our Best Buy when the location first opened. It would require waiting in line, and then trying to get in for the bundle, and if I was successful, taking it home and shipping it to Ray, and he'd pay me back. In doing this for Ray, he sweetened the deal and told me "I'll make you breakfast in bed!" and I was like "lol oh that's so funny, sure you will Ray teeheehee ya I'll do it".

I set my alarm, went down there, and there was already a HUGE lineup. I waited in line, and I even remember the employees walking down the line early and asking people ahead of time what they were there to get. When they got to me, I told the person excitedly "I'm here to pick up the PSP with Metal Gear Solid bundle, for my friend Ray in the US, and he promised me breakfast in bed!", except I skipped the last part...and the part about Ray...

The line finally started to move forward after a couple hours. The store was open, and Best Buy employees were only letting in a few people at a time. The line would slowly advance every few minutes, and then it was my turn to go in. I bolted towards where the PSP's were...and they were all sold out. I went home totally bummed that I didn't get to share good news with Ray, but he was thankful, and said he was still going to make me breakfast in bed.

When he visited here the next year on his couple days off from the conference he was attending down South, he did exactly that. In fact, when Drevin and I went to pick him up at the ferry terminal, we went home and then immediately went across the street to the grocery store and Ray wanted to buy ingredients to make me breakfast the next morning; French Toast with cinnamon! Drevin came over the next morning before I was up (I worked that day) and helped Ray make me breakfast. They made it in my kitchen, brought it upstairs, and knocked on my door and walked in with my breakfast on a serving tray.

It was delicious, and one of the most memorable experiences I've ever had.

Ray November 16th, 2017, 7:57 pm
hahahaha. and scott was totally asleep when we woke him up with the smell of a sweet treat... definitely made it to work on time too still can't believe you went through that trouble for me. you're the best


at one point an egg did get crushed and its contents splattered onto devo's pant, but nobody remembers how or why or whose fault it was

lol I still remember the fake snore I di-...err, ya I was sound asleep.

Ray wrote: ↑
November 16th, 2017, 7:57 pm
at one point an egg did get crushed and its contents splattered onto devo's pant, but nobody remembers how or why or whose fault it was

Actually, Devin even had to borrow one of my t-shirts because his got egg all over it. I loaned him a t-shirt, and I actually just got it back like, within the last couple years if I remember right.
Post Reply
11 posts • Page 1 of 1

Users browsing this forum: No registered users and 6 guests