For the rest of the gaming world.
Post Reply
110 posts

Well, here's a thread about it! Watch the video in the gamespot link; it's about all the info available now (as far as I know). Looks promising! And I haven't said that about a Sonic game since Sonic Heroes (and I was very, very wrong).
Warp2063 January 8th, 2010, 2:31 pm
Just a Splatter
I'm still curious, but that's about it. Despite my intent to, I haven't picked up a newer Sonic game for years. The most recent release that I own that isn't a remake of an older one is Sonic Adventure on my Dreamcast.

Oh, wait. I forgot about Sonic Rush. And Sonic Advance 1 and 2.

Monkey January 8th, 2010, 4:48 pm
Jon
I've just decided to be pleasently suprised if another good Sonic game ever comes out.

I've been trying my hardest not to get excited for this.

Drevin January 8th, 2010, 7:00 pm
Flock off
How many times now have we heard "this is it, this is Sonic's return-to-forme?" I'm remaining skeptical.

link470 January 9th, 2010, 2:38 am
NC Server Administrator
That image up there is lame. Link looked way better in the other thread of his only concept art of the game. 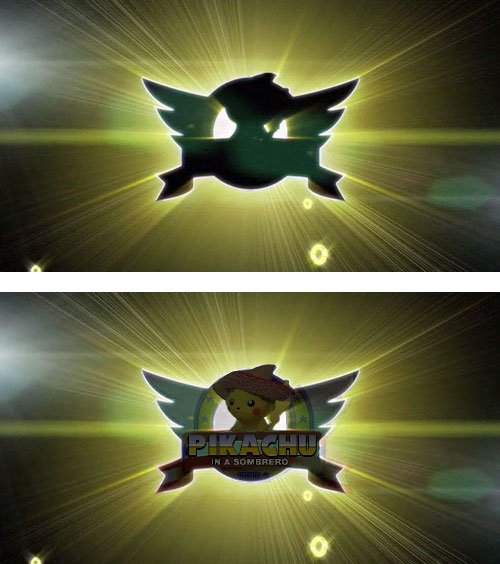 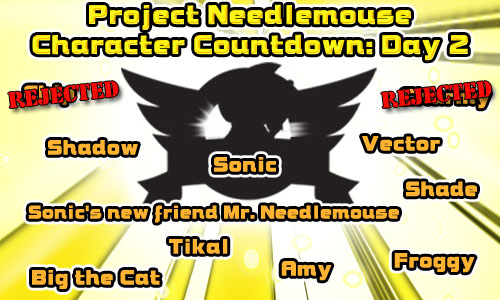 As promised, today we’ve removed our first two names from the list! Say goodbye to Charmy Bee and Chip, both of whom will not be making an appearance in Project Needlemouse!

Monkey January 12th, 2010, 8:44 pm
Jon
I predict that all characters will be rejected since "sonic's shitty friends" is usually involved in complaints of recent Sonic games. Getting rid of them will create hype and prove make it look like that Sega's listening to the fans.

Afrohawk52 January 13th, 2010, 3:53 pm
The Girly Guy
Big's probably going to get crossed out, if only because they mentioned Froggy as a separate character. That's kind of a copout really. I actually think a lot of those characters are going to be crossed out except Sonic and "Sonic's new friend Mr. Needlemouse", since Knuckles and Tails aren't on the list but Sonic is. I mean those are kind of important characters to not include, but if you're going to put Sonic on there, then you must have a trick up your sleeve.

I REALLY hope they don't end up crossing out Sonic though, since they decided to put him on that list.

Monkey January 13th, 2010, 4:23 pm
Jon
Monkey's Official Prediction: Well, that's definitely Sonic on the Logo. When I said everyone will be crossed out, I meant everyone except Sonic. It's centered so it'll look good after everyone else is crossed out. I'll make a bet on this.

Monkey's speculation (not part of prediction or potential bet): Sonic fans will be excited, then Sega will pull a Sega and introduce a new shitty character that wasn't in the list. (That's just my pessimist self, not part of the potential bet).

Tales and Knuckles will be in it. That's why they aren't on the list(see my prediction). 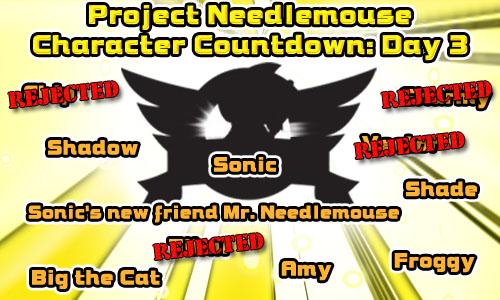 Get rid of Sonics new friend Mr. Needlemouse. Nobody wants another damn critter fucking around!!

Drevin January 13th, 2010, 9:23 pm
Flock off
I thought Needlemouse was an old codename for when the Sonic games were still in development? It must be a joke...
Post Reply
110 posts

Users browsing this forum: No registered users and 3 guests